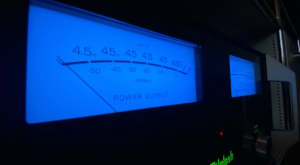 In the Mcintosh Line-Up it used to be the flagship two-channel stereo amplifier from 2012 until 2018. It was replaced by its successor, the MC462, with a price of around USD 8000, when introduced. It was significantly more expensive on the European market, coming in at up to €12.495 in 2018.

With a weight of 110 pounds (49.9kG) or 140 pounds (64.9kG) packaged, the amplifier is the heaviest one I have ever owned. The weight of the amp makes it almost impossible to move it around without the help of a friend. However, Mcintosh equips their top end models with handles, which definitely make it easier to carry it with 2 people. Let me start with a little bit of history on Mcintosh, before we start with the A3S score of the MC452. This amplifier is equipped with the so called “quad balanced” design. Mcintosh has changed the naming of this technology over the years from “balanced” to “double balanced” and now “quad balanced”. The principle is quite extraordinary, because it eliminates noise and harmonic distortion by letting amplifier pairs run “against” each other. This means heavy investments in parts, because you essentially build four amps for a two-channel power amp, in this case each putting out 225 Mcintosh watts. The result is a fully balanced design from input to output. Mcintosh first introduced this feature with the Monoblock MC 1000 in 1992. Over the years, Mcintosh has kept this technology for their flagships. In comparison to their conventional transistor power amps with “autoformers” the difference in THD is a couple DB’s.

Moving back to the MC 452, I am now going to talk about my own unit, which I bought last year at Hifi Audio in Düsseldorf. If you ever have the chance to check out hifi-audio in Düsseldorf, please do. They are not only very competent, but also have a huge selection of high-end stuff. For the last 20 years, I have been a happy customer and can highly recommend a personal visit or digital on: hifi-audio.de

This review is quite simple, with 3 main chapters: 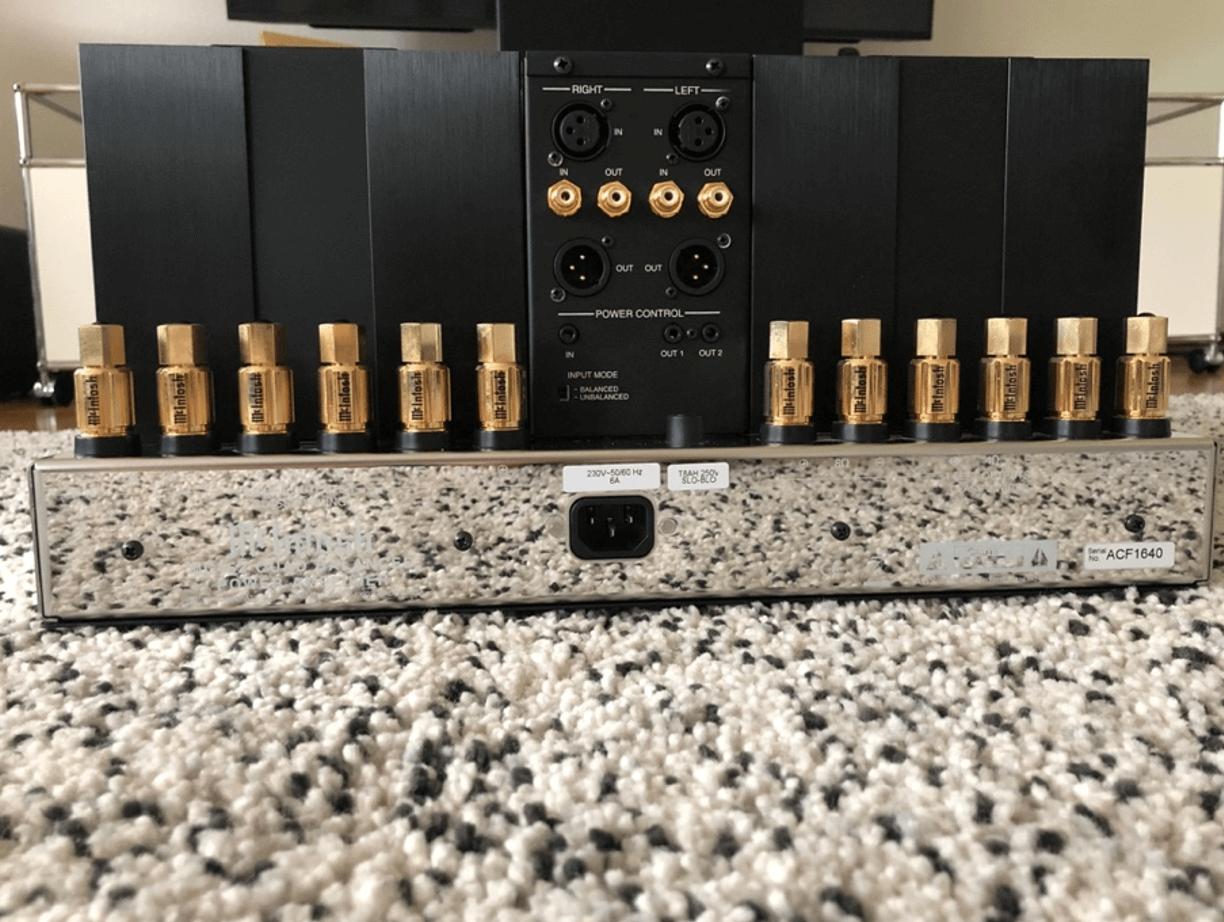 CONVENIENCE.
The MC 452 is quite easy to use. Once it sits at the desired position, don’t even consider moving it around. At 110, although it has handles, it is very inconvenient to move around the house. The amplifier should simply be connected to power and to a preamp via it’s RCA or balanced inputs. If you have a Mcintosh preamp or any other source with a trigger function, you can also connect it to the trigger input with a 3,5mm headphone cable and the 452 will turn on automatically with the other components. If you don’t need or want any of that, you can simply turn on the 452 with the right physical wheel at the front. Before you connect your speakers to the 452, check out their rated impedance and also their minimum dips. Then decide if you want to connect the speakers to the 2-,4- or 8-Ohm tabs. I usually start with the 4 Ohm tab and then go from there. The 452 is easy to use, but also very impractical because of its dimension (Height is 9-7/16 inches (23.97cm) including feet
Depth is 22 inches (55.88cm) including the Front) and monstrous weight. Therefore the 452 earns a 3 out of 10 for convenience.

LOOKS & STYING.
In my personal opinion the MC452 is beautiful. Because of its front plate glass, which is also LED backlit, the MC452 looks great during the day and amazing when its dark. This is very similar to the words that I have used for the C49, however the MC 452 takes it one step further. The is Mcintosh traditional, with the green logo and the glass, but the 452 also has these two beautiful eyes that look at you during the day and at night. In combination with the chrome bars that go along the sides of the amplifier, the 452 is simply gorgeous to look at. I like the looks of the handles, some others don’t. For me it is hard to imagine a more beautiful two channel power amplifier and it earns a 9 out of 10. Can these meters ever be too large? I doubt it.

QUALITY.
The build quality of the MC 452 is excellent. Not only are the connectors very sturdy and gold plated at the back of the device, also the wheels at the front of very high quality. You can truly see that this is a handmade device. If you look at the tiniest little details, measure the screws and gaps, you might find some devices on the market that are of even higher quality and perfection. Packaging is also excellent. Therefore, I really had a hard time between giving the 452 an 8 or 9, but I am giving it an 8 out of 10 simply because I think Mcintosh can do even better (1) and there are some exotics which are just crazy good (2).

FEATURES.
When new, the 452 was equipped with all of Mcintosh newest and greatest tech. Of course, it has “autoformers”, which makes it extremally competent at all loads. It has power guard, which compares input and output signals and seeks for distortion in order to eliminate it by driving the input level down in fractions of milliseconds. It also has the meters, which not only look good, but also show you the current power output. I heard the meters are actually very accurate and there is no reason for me to doubt that. With its balanced and unbalanced inputs + trigger, it should also find any kind of preamp companion. Sadly the 452 can’t be bridged, like some of the predecessors and competitors. Also, ThermalTrak makes it run cool at almost all listening levels and durations. I have tested it personally, the 452’s surface can heat up quite a bit, if stressed, however, I would not have any trouble putting it in a tight rack with other components. This is a fully fledged, balanced, 2 channel monster. It earns an 8 out of 10 for features.

TOTAL.
Summing up the Sight Score, the MC452 is wonderful to look at, well build, highly featured and just an overall beauty. Just its magnificent weight makes it very inconvenient to carry anywhere. Question is, who buys a $10.000 handmade power amplifier with 450 watts per channel for convenience? Therefore, the 452 it earns a 28 out of 40.

AUDIO EXCELLENCE.
Moving over to the very important “Sound Score”, I start with the technical specifications and audio excellence. The 452, like most of the Mcintosh products, is an excellently engineered piece of equipment. As mentioned before, the 452 being the flagship stereo amplifier just 3 years ago, was equipped with everything Mcintosh had to offer to reduce noise, improve clarity and versatility. The 452’s signal to noise ratio is 95dB Balanced (122dB below rated output) and 93dB Unbalanced (120dB below rated output).
The total harmonic distortion is 0,005% at 450 watts, both channels driven. In the measurements, the power guard kicked in at 1% THD and over 600 watts per channel. Therefore, 450 watts rated performance is an understatement. With peaks of up to 1kw per channel, at rated distortion of 0,005% and continuous power of more than 600 watts per channel, it can drive any speaker. For Audio Excellence and specifications, the 452 earns a quick 9 out of 10. The reason it does not earn a 10 is simply due to even better S/N ratio and THD numbers at higher price levels, but the 452 is exceptionally great in this regard on its own.

DETAIL.
Next up is the level of detail in the sound. For this I often turn to Dire Straits- private investigation, which is track two on their Love over Gold Album. The 452 is so exceptionally dead in background noise that it enables the instruments to move freely in the room. No voice is faded out, the timing is perfect, the instruments are sharp and clear and there is this ability to never annoy, no matter if the meters show 0,45 or 450 watts per channel. The details are there, just presented in the Mcintosh way. The 452 produces the cleanest Mcintosh sound I have heard. In comparison to some Japanese and German competitors I have tested over the years, the 452 does not go all the way to detail out everything, however it doesn’t leave anything out either. It simply doesn’t show off with detail, but brings out the best of its’ incoming signal, with a magnificent Mcintosh timing.
Therefore, it earns an 8 out of 10 for detail and resolution.

IMAGING.
For imaging, I am also giving the 452 an 8 out of 10. When listening to the 452 at moderate levels, the confidence and posture of the sound is so strong, that it makes you believe it is not as involving as other amplifiers. For example, in comparison to the MC302, there is very little difference, up to 30 watts. Both amplifiers “disappear” and simply amplify the sonics to a point of excellence that is hard to describe. The soundstage has depth, is wide, but if it is needed it can also become extremely centered, putting Diana Krall or Elvis right in front of you at center stage. The difference between the two amps here is very subtle and I would bet people can’t pass an AB blind test. The picture changes between 30 and 600 watts. Not that other amps don’t reproduce the sound in a pleasing way, however the 452 is the V12 going 150 mph with seamless minimal effort. This extreme clarity, detail and control over the amplification stage allows the 452 to keep that sound character very long. The 452 earns an 8 out of 10 for soundstage and imaging.

BASS.
For bass performance, I am taking a risk. For me it is currently hard to imagine more. The 452 is such an excellent, powerful, controlled and precise amplifier which simply reproduces sound signal perfectly up to 600 watts per channel. The 452 will not flinch and there is a reason why it used to be Mcintosh’s top of the line stereo amp. Bass is very textured, stone cold and also on point. – 9 out of 10 for me.

SYNERGY.
The audio score also has one more category which is called synergy. The sum of the 3 categories can either be the same score, better or worse.
I own the 452 and there is a reason for that. This Mcintosh amplifier can be paired with any excellent preamplifier and it will not be the weak spot in the link. It simply reproduces and amplifies perfectly and adds that little bit of Mcintosh sound. Is it the most detailed power amp? – definitely not, but it also has no real weakness. For me it excels when connected to a Mcintosh preamp and that Mcintosh sound will make you happy. For synergy it earns an 8 out of 10.

The last category puts the MC452 into some perspective. The MC452 has taken a significant price hit when the 462 came out. You had to spend quite a fortune to buy it new, however you can find it for around $5k on the used market. With that in mind, find one and keep it forever. For value it earns an 8 out of 10. It is still an expensive piece of equipment, but the investment should last a lifetime.

I currently own this device and use it with my Mcintosh C49. It makes me happy and I am sure the 452 will stay a while, unless I get convinced of the better. Because the better is the worst enemy of the good, right? I hope you enjoyed this review and come back for more content. 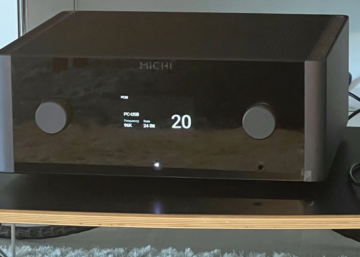 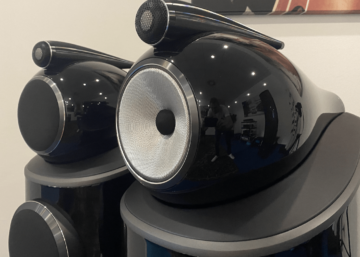 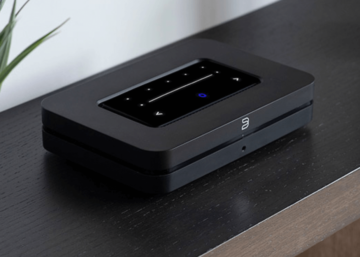